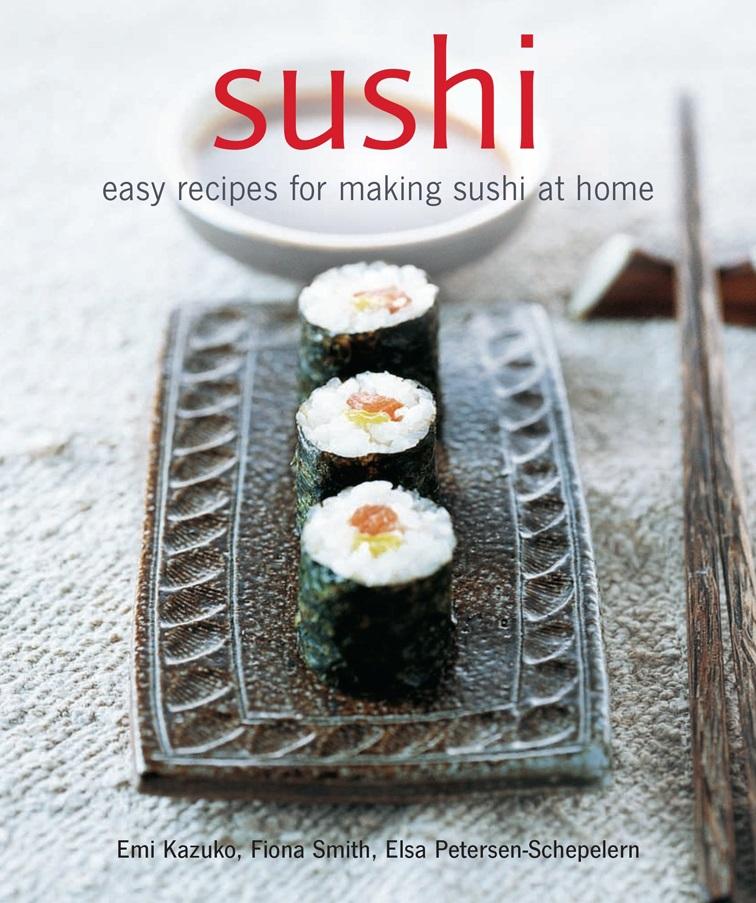 Healthy, delicious, modern, everyone loves sushi. But if you thought sushi was hard to make yourself then not so. With clean, fresh flavors and great good looks, sushi has never been so popular.

Sushi is delicious as a quick snack or as part of a more substantial Japanese dinner and makes perfect fingerfood. The term ‘sushi’ is used for dishes based on ‘sumeshi’, meaning vinegared rice, the most vital part of sushi-making. This book explains how to cook the rice perfectly. Start with simple rolled sushi using classic ingredients such as cucumber, tuna or salmon. Once you’ve mastered the easy ones you can explore more adventurous variations. The recipes use easy-to-find ingredients, including everything from spinach, asparagus and carrots to shrimp, crab and smoked salmon. If you thought making sushi was strictly for the professionals, Sushi will amaze you. With these recipes you will never eat ready-made sushi again. There are also recipes for sashimi and the miso soups that traditionally end a sushi meal as well as others for making great accompaniments, like fabulous pickles and three ways with wasabi. You can have parties where you provide the ingredients and guests make up their own hand rolls from their favorite ingredients, or you can do it for them – it takes no time at all! This is really easy party food, healthy snack food, and great food for kids.

About the Authors
Emi Kazuko is a Japanese food writer and journalist based in London. She attended the prestigious Tokyo Kaikan Cookery School and is proficient in Japanese, Chinese, French and Italian cooking. Her aspiration is to make Japanese easy home cooking part of our daily diet. Fiona Smith is an up-and-coming young food writer and food stylist from New Zealand, who also works in Europe. Her work appears in books, magazines, advertising and on television. She writes for various publications, including Cuisine magazine. Elsa Petersen-Schepelern is a Danish-Australian food writer. Based in London, Elsa now spends much of her time sampling food and wine around the world, drawing on an eclectic mix of cuisines – the inspiration for her delicious recipes.
Fiona Smith is an award-winning food writer and food stylist. She is deputy food editor of Cuisine magazine, in which her recipes and travel stories feature on a regular basis. She runs a successful food styling business and is the author of several cookbooks including Beets, Leaves and Limes, Pates and Terrines, Fondue and Dim Sum.
Elsa Petersen-Schepelern was a Danish-Australian food writer based in London.